Main Dam Embankment – After the reservoir was drained, an earthen coffer dam was constructed around the area of construction to maintain a dry working area. An 8” HDPE pipe managing incidental water flows around the construction area. Approximately 2,000 CY of the dam embankment and core was removed to reconstruct the outlet works. Riprap lining of the upstream side of the embankment was replaced with new riprap.

Spillway – A new overflow weir was constructed along the reservoir’s edge at the start of the spillway to define the spillway crest. A new spillway channel was constructed outside of the embankment toe. The spillway channel is protected from scour with riprap, intermittent boulder check/grade control structures, and vegetation. In addition to the riprap protection, a riffle boulder structure has been included at the downstream end of the stilling basin prior to the flows returning to the existing Coon Creek drainage channel.

Pedestrian Trail – The existing asphalt trail on the existing dam embankment was removed and replaced with a concrete trail. A prefabricated pedestrian bridge was installed to cross the spillway. 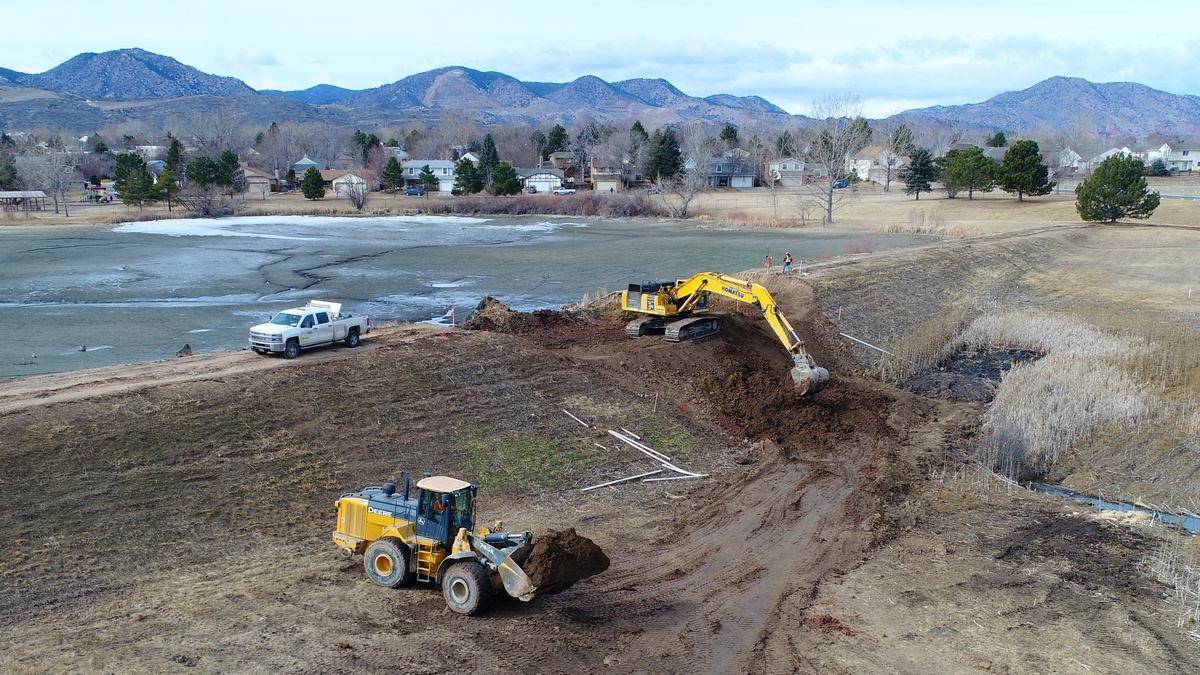 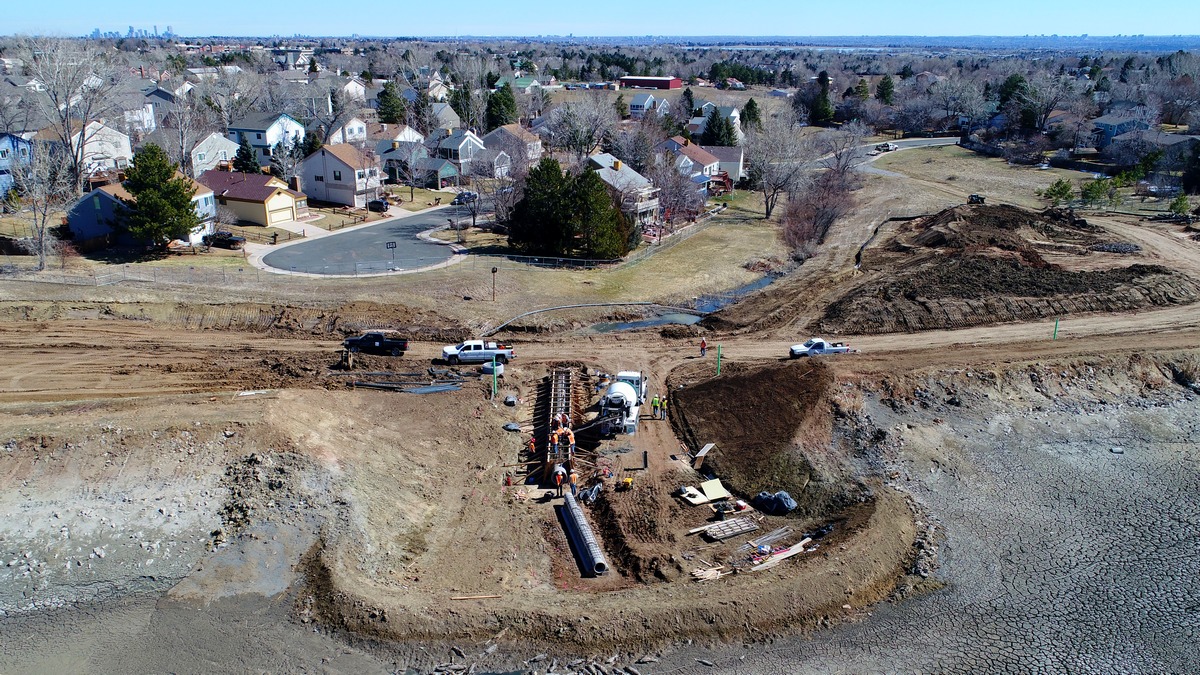 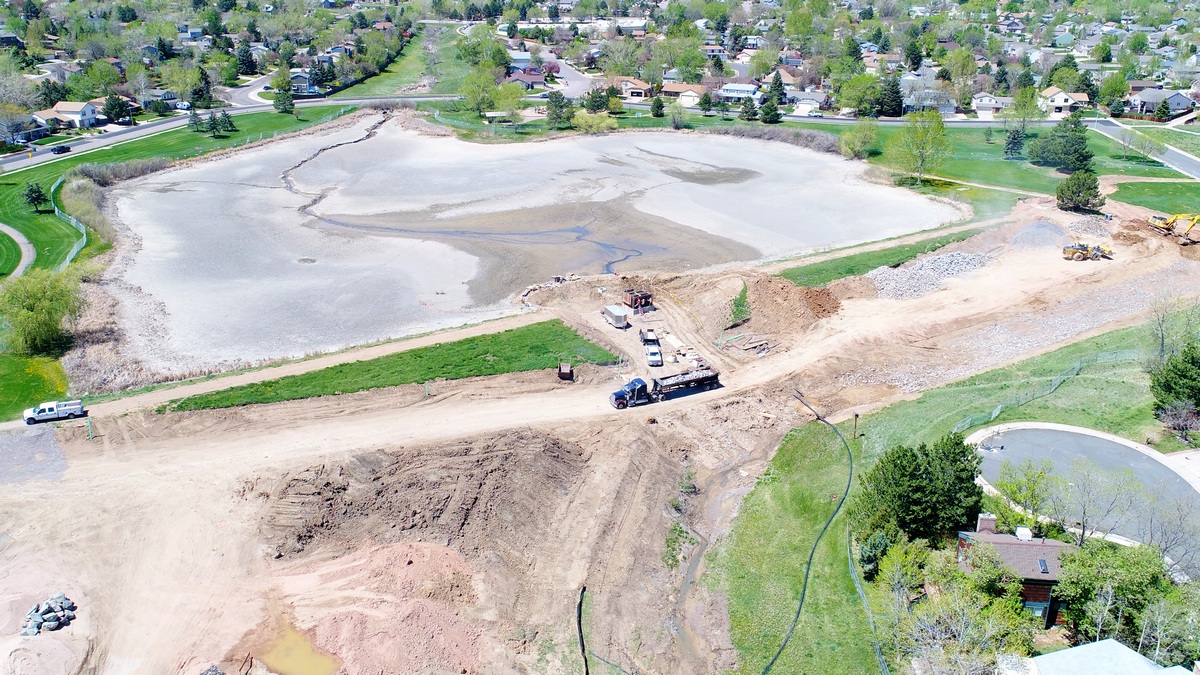 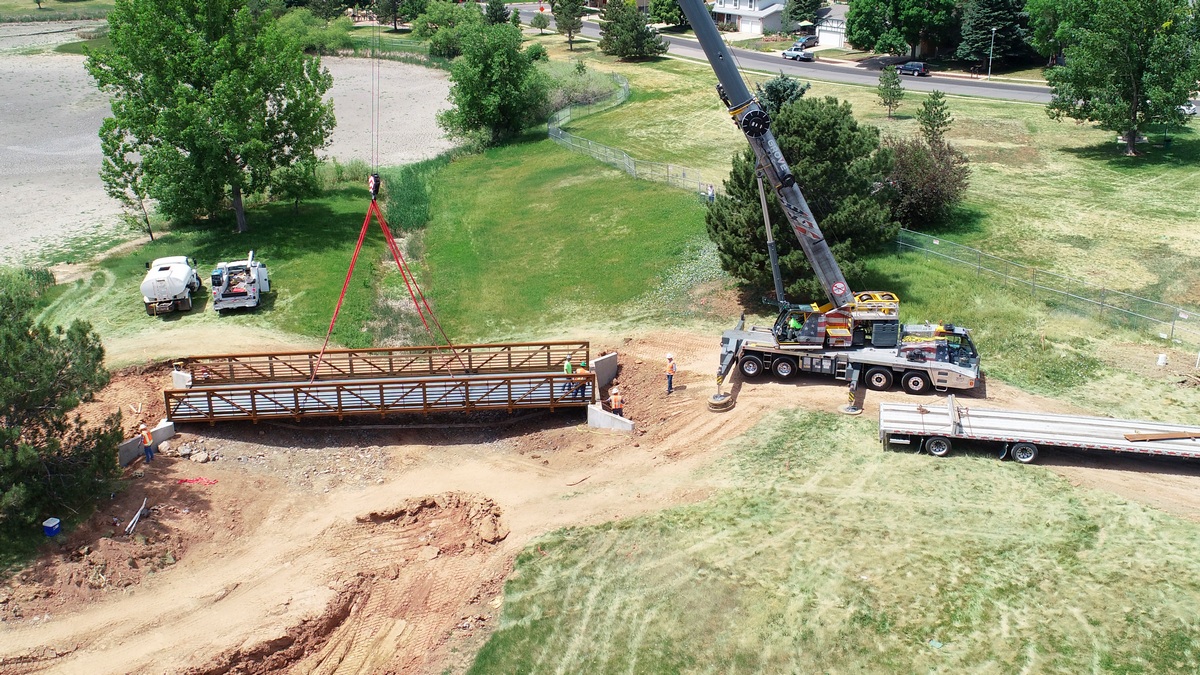 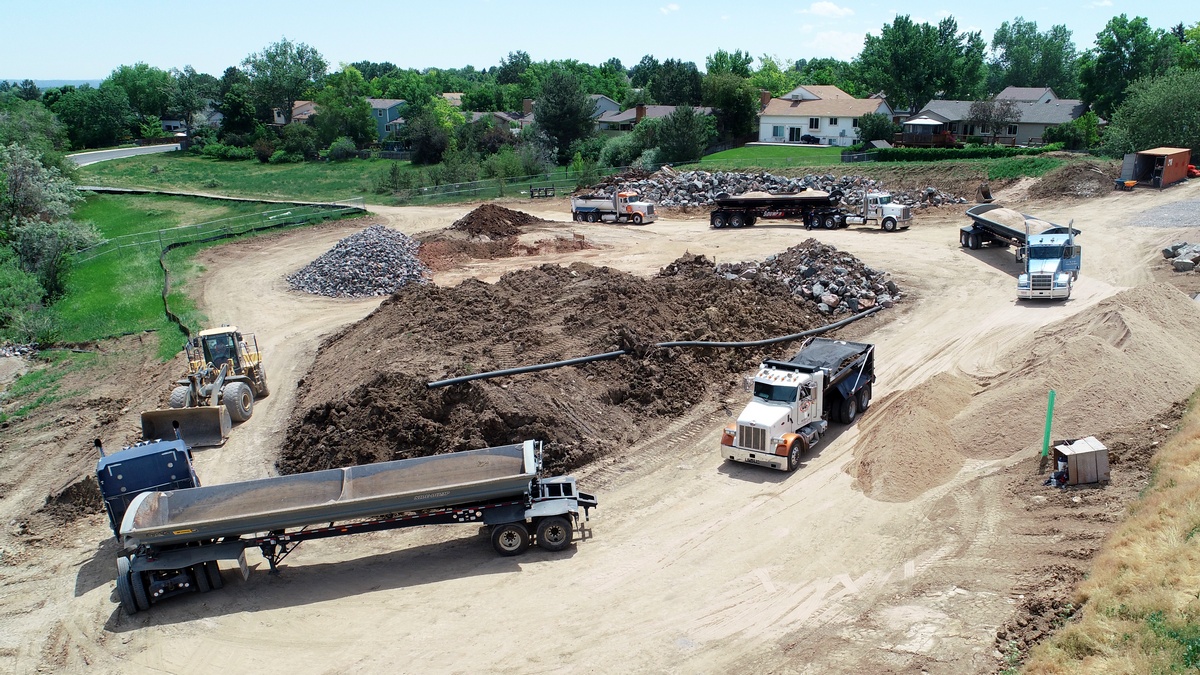 Click on a photo to enlarge and scroll through the gallery. 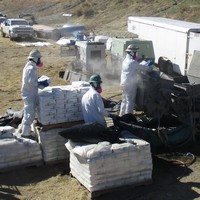 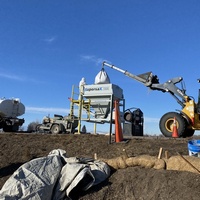 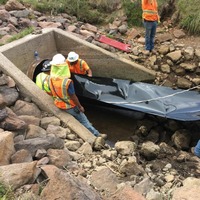 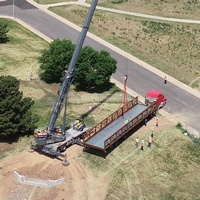 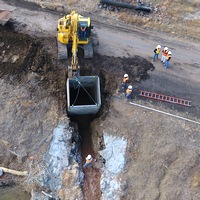 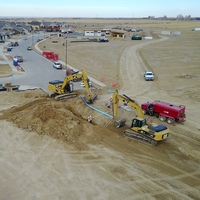 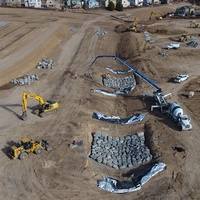 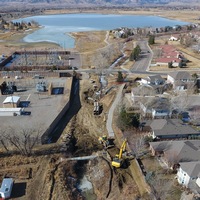 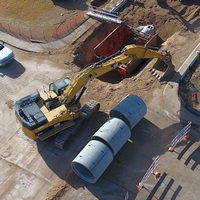 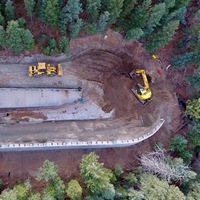 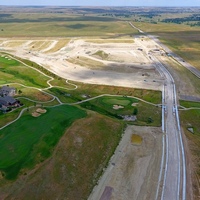 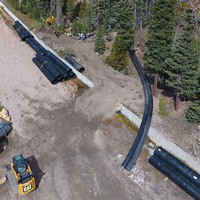 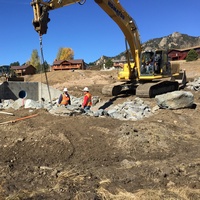 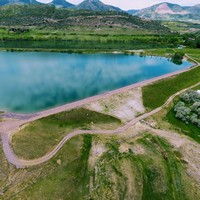 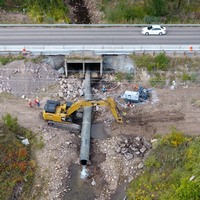 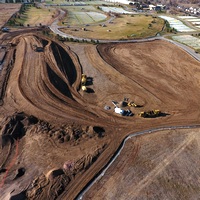 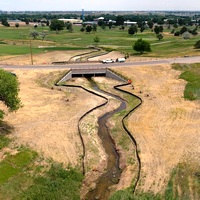